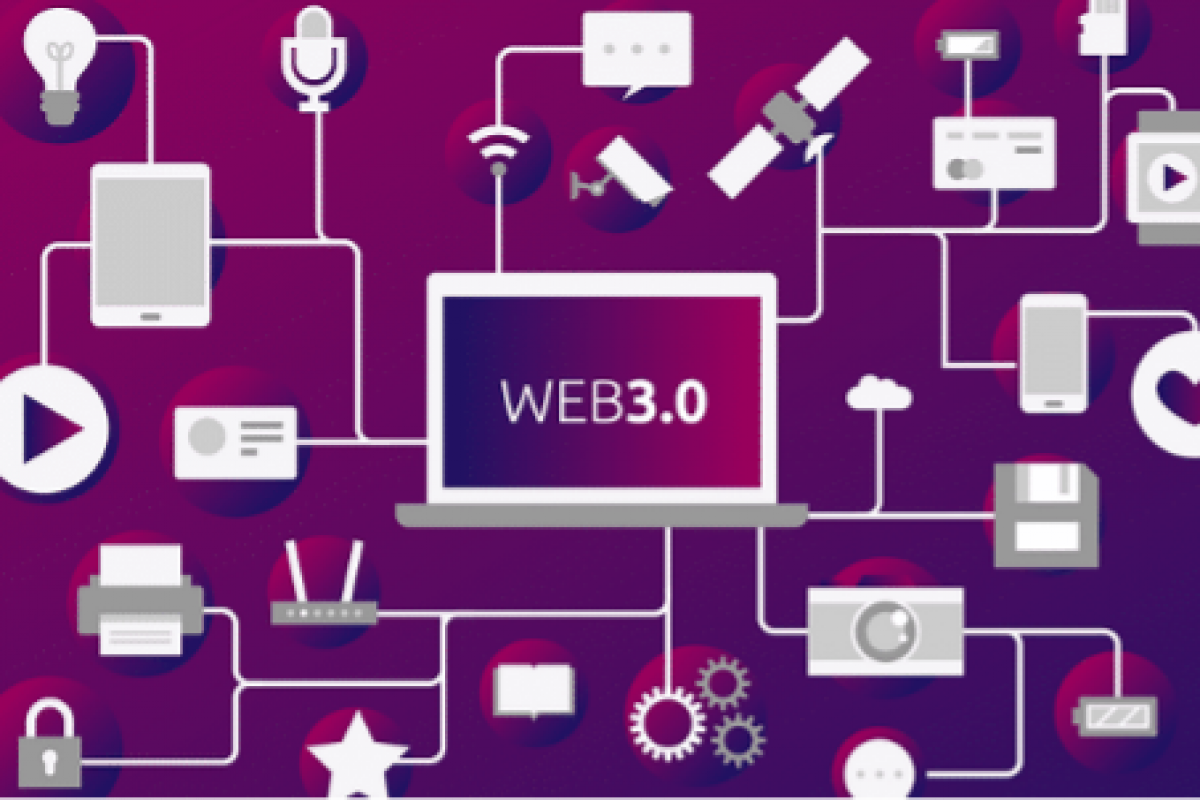 The world has witnessed many innovations over the last two decades: incredibly powerful phones, increasingly technological applications, and even virtual currencies, namely cryptocurrencies! Today again, we are witnessing a new technological revolution that is sure to greatly change the world: Web3 or Web 3.0!

What is Web 3? Why this new form of Internet? And what are the new perspectives and challenges that Web 3 will face?

In 1989, Tim Berners-Lee developed a protocol called HTTP that allowed to connect to a web page: the World Wide Web (www) or Web 1.0. The latter was made up of web pages of consultation, static and without interactions.

With the increase of new technologies and innovations, websites have become more interactive, dynamic, and collaborative. It is thus with the rise of the giants of the Web namely: Facebook, Google, Twitter, and Amazon that Web 2.0 was gradually born.

Web 2.0 is largely based on the idea of the “Web as a platform” and focuses preferably on user-generated content uploaded to social networking services, blogs, and wikis, among other services. Web 2.0 is generally considered to have started around 2004 and continues to this day.

However, the Internet was originally intended to be an open space, freely accessible and specifically decentralized. It is rather the opposite that happened: indeed, today, we can see that:

It is the web giants that control our data, from which they make huge profits reaching millions.

It is the platforms that have control over their users, not the other way around.

The revolutionary power of Blockchain technology has been noticed, after many analyses, especially with the appearance of Bitcoin and its competitors. Since then, the foundations of Web 3.0 have gradually appeared.

The term “Web 3”, or “Web 3.0”, was coined in 2014 by Gavin Wood, co-founder of Ethereum. It wasn’t until 2021 that the idea of We 3.0 gained popularity. Interest increased towards the end of 2021, largely due to interest from crypto-currency enthusiasts and investments from high-profile technologists and companies.

The term Web 3.0 has been described by Bloomberg as “fuzzy,” but again according to Bloomberg, it revolves primarily around the idea of decentralization and often incorporates blockchain technologies, such as various crypto-currencies and non-fungible tokens (NFTs). Bloomberg described Web 3.0 as an idea that would “build financial assets, in the form of tokens, into the inner workings of almost everything you do online.”

Web 3 or Web 3.0 is simply the gradual replacement of the various functions of the current internet with various rather decentralized forms. Whether it is: file storage, databases, web servers, computing power or web browsers, they will all probably be replaced by much more powerful and decentralized servers.

Finally, with Web 3.0, applications such as Spotify, Twitter or Facebook will be replaced by applications called dApps (decentralized Apps). These will have the ability to run in an automated way without the need for trusted intermediaries.

Web 3.0 represents a revolution of great scope, given the profound changes it could bring to everyday life. It will also bring a set of advantages that will probably be a respite for all the current Web 2.0 users:

With this technology set to be truly revolutionary, many would be inclined to invest in Web 3.0, which affects various aspects of the internet. With its rather multitasking side, Web 3.0 will probably give various investment opportunities:

Blockchains provide platforms capable of creating the dApps of the future. We can rightly mention Ethereum, Solana, Cardano, Fantom, Harmony and many others.

With the goal of Web 3.0 which is nothing but the decentralization of the current internet, it would probably be profitable to invest in some decentralized storage applications such as Filecoin, Siacoin or even Arweave.

Since Web 3.0 will eventually use multiple blockchains, it would be smart to invest in interoperability blockchains such as Polkadot, Cosmos and many others.

One can choose to invest in applications for exchanging information between the various Blockchains or at least between the real world and the Blockchain world. One can use The Graph or ChainLink for this purpose…

Obviously, such a revolutionary Internet possibility – the foundations of which are already laid – is not viewed favourably by everyone, and inevitably gives rise to criticism and comments (positive or not). Deep analyses are made and many wonders if this revolution is just a myth.

Many personalities are suspicious of Web 3.0. Tesla CEO Elon Musk has publicly said that Web 3.0 is just a “marketing buzzword”. Pessimistic about this technology, the billionaire worries about what the future will be like in 10, 20 or 30 years with such a technological advance. For him, this is just a trend, just like the metaverse movement. Domain name acquisition service

Bill Gates, the founder of Microsoft, has spoken out about the metaverse movement, which he believes will soon become part of our everyday habits. “Within two or three years, I predict that most virtual meetings will move from 2D camera grids – which I call the Hollywood Squares model – to the metaverse, a 3D space with digital avatars.”

Web 3.0 is not only a technological approach but also a philosophical one that could solve the various problems of the current internet. It could also allow, with its revolutionary side, to return to the true mission of the Internet. However, can we totally believe that these drastic changes will have a positive impact on most of the users of the current platforms? With the evolution of Web 3.0 soaring, the answer doesn’t seem far off.

You will need a Defi and exchange swap for all these. Discover Venice Swap today.