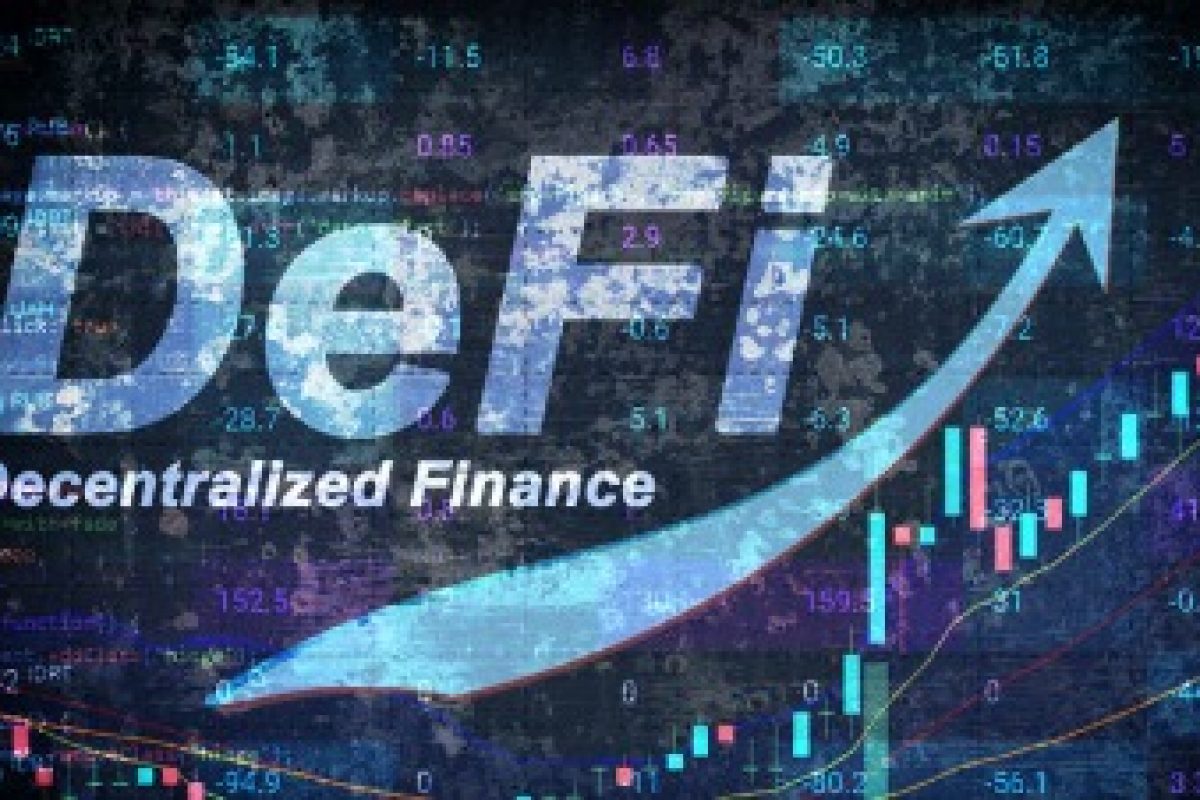 Are we dependent on centralized financial systems? At the latest since the financial crisis of 2008, this question has been on the agenda. After all, our existing banking system is based on a few people making decisions that influence billions of people. But a revolution is taking place in the financial world that could turn our entire existing system upside down: Decentralized Finance (DeFi). The promise: Decentralization and democratization, censorship resistance and transparency.

The new concept is particularly interesting for holders of cryptocurrencies because DeFi applications allow them to work with their coins and realize profits instead of just holding them in the wallet and hoping for value increases. And demand is growing in August 2021, the market capitalization of the DeFi sector is 91 billion US dollars, according to Chrystal Blockchain.

Smart contract instead of the third party

The new system is based on blockchain technology, which enables secure, unrestricted, and permission-free access to financial applications and may soon make banks and even FinTechs redundant. But who will replace these third parties?

No fees, no bureaucracy and no barriers to access are notable advantages of Decentralized Finance. All people who have access to an internet-enabled device and have a digital wallet can access financial services. There are DApps (decentralized apps) such as MetaMask, which are available free of charge in the normal AppStore from the smartphone. Via MetaMask, one can create a digital wallet and thus participate in the decentralized financial market.

The system also has other advantages, because decentralizing the financial world weakens the pronounced monopoly position of centrally organized banks and reduces their vulnerabilities. Users gain access to many new sources of capital because loans can be granted by private individuals or companies independently of financial institutions. And through DEX and DAO, decentralized exchanges and funds that can be accessed through DApps, investments and trades can be made at little to no cost.

In theory, the system also offers the possibility of organizing elections and protecting against electoral fraud through smart contracts. Insurance policies can also be digitized. For example, policyholders pay monthly into a smart contract and as soon as a claim is made, the required amount is automatically paid out because this condition is stored in the smart contracts.

Is a new financial ecosystem emerging?

A financial ecosystem entirely without banks is unlikely at this point. The young technology still faces some challenges: There are no safety nets or deposit insurance and there are technical and economic risks. Nevertheless, some banks have already recognized the potential of cryptocurrencies. While many financial institutions are still focusing on making banking smartphone-compatible, the fintech bank TEN31, for example, already enables its customers to make direct transfers between conventional SEPA accounts and cryptocurrencies.

Nuri Bank in Berlin is also successfully using cryptocurrencies. In 2020, the number of customers tripled to 200,000. Nuri Bank is thus the third largest neo-bank in Europe. Among other things, customers can set up a bitcoin income account there. This shows: Banks will be anything but superfluous in the future, but could, for example, continue to take on an advisory and administrative function, for example through existing vaults for storing wallets.

In a world where statistically every fifth person does not have a bank account and is therefore excluded from economic life, decentralized finance offers a real alternative with the potential for an open and transparent financial structure. The course is already being set by government funding projects and continuously new findings on the blockchain. Although technology is currently still in its infancy, it could play a major role in our everyday financial life in the future.

Be the one of defi user in the new era of finance sector’s future. Meet Venice Swap