What is digital euro and when will there be? 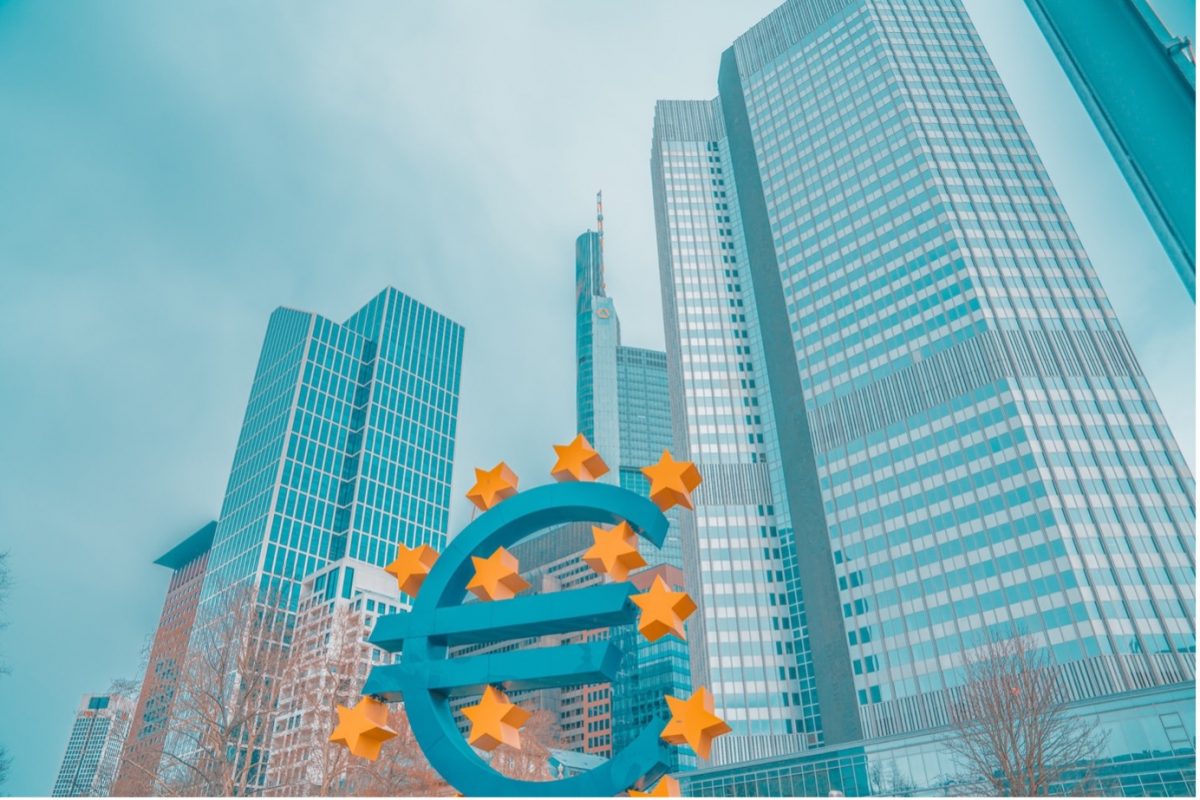 With the rise of cryptocurrencies, the question of the European Central Bank’s role in issuing a digital euro is being asked. In a webinar, the National Bank of Belgium (NBB) presented the progress of this project. New payment methods are emerging. Containment has also favored online payments. FinTechs are developing new, innovative, and interesting applications. Micro-payments are set to grow with the IOT (Internet of things). The emergence of crypto currencies such as Diem (ex-libra), bitcoin, Ether or ripple invites central banks to ask themselves questions about the introduction of a digital currency.

The digital euro would be like euro banknotes, but digital. It would be an electronic form of money, issued by the Eurosystem (the ECB and the national central banks of the euro area), and would be accessible to all citizens and firms.

Role of the central bank

In such a changing world, what is the role of the central bank? What is the impact of these digital currencies on the European economy? The ECB must also be concerned about the financial stability and sovereignty of such a currency. This is part of its mission and the digital euro must meet these requirements. “The ECB is in a regular process of making innovations available to the public in an efficient way. The introduction of a digital euro would be a response to the decline in the use of cash and the rise of cryptocurrencies,” explains Tim Hermans of the NBB. However, cash is still predominantly used for payments. Even though this type of payment is on the decline, 58% of payments were still made in cash in Europe in 2019.

Why a digital euro?

A digital euro would be a fast, easy and secure instrument for your daily payments. One of the key objectives of a digital euro issued by the Eurosystem would be to provide a monetary anchor in the digital age, serving as a public good. It could foster financial innovation and improve the overall efficiency of the payments system.

After the feasibility study, all stakeholders must be consulted. After that, the European Parliament has to agree. Only after this process can the introduction take place. This will take time and such an introduction cannot be envisaged in the short term. “However, the emergence of private initiatives encourages us not to delay. A number of aspects must be taken into account. The transmission of monetary policy must not be altered. We must also be prepared for extreme events such as cybercrime. Particular attention will also be paid to the costs and the ecological footprint of such a currency,” says Filip Caron of the NBB.

One of the roles of the central bank is to ensure financial stability. Digital euro accounts will be opened directly by individuals in the central bank’s books. “We must ensure that there is no leakage of capital from commercial banks to the central bank in the event of a financial crisis. The intermediation role of banks must be maintained without increasing the exposure of the eurosystem to external shocks. Under no circumstances could this digital euro be conceived as a form of investment. It must be used primarily for payments,” adds Yvan Timmermans of the NBB.

This raises questions. Should there be a limit on these deposits? Could a penalizing remuneration in the form of a negative interest rate be considered? The anonymity and confidentiality of payments made in digital euros must be preserved. The digital currency must inspire confidence in European citizens.

How does it work?

Can we compare the digital euro to bitcoin? For the representatives of the Eurosystem, bitcoin is not a currency. There is no underlying currency for the issuance of bitcoins.

This cryptocurrency would be usable in the form of tokens. These tokens could be used as means of payment. Payments would be made in real time. The digital euro would then be presented as an alternative to existing cryptocurrencies. It would have the advantage of having a stable value, with underlying assets and being controlled by a central bank.

FAQs on the digital euro

No, a digital euro would be complementing cash, not replacing it. Cash will continue to be available in the euro area. A digital euro would function alongside cash as a response to consumers’ evolving demand to pay digitally, in a fast and secure way.

Q2. What consequences would a digital euro issuance have for the banking sector?

Q3. Why would a digital euro be better than stablecoins and crypto-assets?

A digital euro would be central bank money. This means that it would be backed by a central bank, designed to meet the needs of citizens: it would be risk free and respect privacy and data protection. Central banks have a mandate to maintain the value of money, independently of its physical or digital form.

The stability and reliability of stable coins ultimately depend on the entity that issues them and, on the credibility, and enforceability of their pledge to maintain value over time. Private issuers may also use personal data for commercial purposes.

There is no identifiable entity liable for crypto assets, which means that claims cannot be enforced.

Q4. Will a digital euro be based on a distributed ledger technology (DLT) such as Blockchain?

The Eurosystem is experimenting with different approaches and technologies to making a digital euro available. This includes both centralized and decentralized solutions such as DLT. No decision has been taken yet, however.

Q5. Would a digital euro be an alternative currency within the Eurosystem?

No – a digital euro would be just another way to make payments with the euro, our single currency, in Europe. It would be convertible one-to-one with banknotes. A digital euro would respond to citizens’ and firms’ developing preference for digital payments.

Q6. Why would consumers want to use a digital euro?

A digital euro would be a digital means of payment that is as secure, as easy to use and as cheap as cash is today. It would be free of cost for people using it for basic payment needs and could be used everywhere within the euro area.

In a world in which citizens are making more and more payments electronically and in which the digital payments market continues to grow, a digital euro would provide an additional choice for all – households, small businesses and large corporates – to make payments using central bank money.

For payees such as merchants and small businesses, a digital euro would provide an additional means to receive payments from their customers.

A digital euro could also offer advanced functionalities, such as automated payment features or using some form of digital identity.

Q7. What if a non-euro area central bank issues its digital currency before the Eurosystem?

Moreover, thoroughness and safety come before speed: we need a system that works for everybody and is stable from day one. A digital euro requires a certain infrastructure on the part of central banks and the supervised intermediaries involved.

The Eurosystem is collaborating with other central banks to understand the implications of issuing a digital currency for the various economies in question. We benefit by sharing our respective thoughts and experiences.

We are looking into a possible digital euro to respond to our citizens’ needs and plan to rely on European options for payments as a matter of autonomy and sovereignty.

Q8. What is the timeline for introducing a digital euro?

Before taking a decision on whether to issue a digital euro we need to decide on its potential design and test its ability to meet the needs of end users. A number of steps will need to be taken before a digital euro can be introduced.

Following the experimentation work done by the ECB and the euro area national central banks, in July 2021 we launched the investigation phase of the digital euro project. This phase aims to identify the optimal design of a digital euro and ensure it meets the needs of its users. During this phase we will also analyze how financial intermediaries could provide front-end services that build on a digital euro.

We will complete this work by October 2023

The Governing Council will then decide whether to move to the next phase, in which we would see the development of integrated services as well as carry out testing and possible live experimentation of a digital euro. This phase could take around three years.

We are treating this matter as a priority, but we also need to take the time to do it right. The impact of a digital euro needs to be analyzed carefully before taking any decision.

We are examining the possible risks to financial stability and monetary policy transmission that could result from the introduction of a digital euro.

If introduced, a digital euro would be an additional payment option rather than a form of financial investment. The Eurosystem is assessing design options that would prevent people holding large amounts of digital euro as a risk-free investment or shifting funds away from bank deposits to a digital euro. Alongside the possibility of setting outright holding limits, another option is tiered remuneration.

If digital euro holdings were to be remunerated, the remuneration of individuals’ holdings for basic retail use in payments (i.e. tier one) would be zero or positive and therefore never worse than that of cash. The remuneration of “tier two” should be a certain level below that of assets which are considered safe, in order to avoid a digital euro becoming a form of investment, since central bank money is the asset which best combines safety and stability.

We have not taken any decision on tiered remuneration or a possible threshold, and may consider alternative options as we continue our analysis.

Q10. What data do you expect to process for payments made in digital euro? Will you be able to trace people’s payment behaviour and share it with government agencies and other public institutions?

The Eurosystem has no interest in collecting payment data from individual users, tracing payment behaviour or sharing such data with government agencies or other public institutions.

A digital euro would allow people to make payments without sharing their data with third parties, other than what is required to prevent illicit activities.

For payments to remain a private matter, different types of data would need to be protected: the user’s identity, data on the individual payment (e.g. its amount) and meta-data related to the transaction (e.g. the IP address of the device used for the transaction).

Users will likely have to identify themselves when first accessing digital euro services, but different degrees of privacy can still be maintained for their payments.

A high level of privacy could also be supported in other ways. For example, users’ identities could be kept separate from the payment data, allowing only financial intelligence units to obtain this information within a well-defined legal framework in order to identify the payer and payee when criminal activity is suspected.